Proud to Announce Our Partnership with Platform.sh 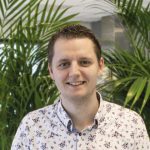 Today we are proud to announce that Open Social has partnered with Platform.sh in order to deploy its open-source social business software.

“Our customers expect their communities to be secure and available, all the time. Platform.sh mission is to make software run, everywhere and always. Open Social and Platform.sh are a natural match.” explains Taco Potze, Development Director of Open Social

You can deploy Open Social immediately, which is most suitable for developers, or sign-up for a free beta trial if you are an organization at https://www.getopensocial.com/pricing.

Platform.sh is a continuous deployment cloud hosting solution that can scale applications from the smallest project to ones handling millions of visitors. It is ideal for agile software teams because of its unique feature: it can replicate a live production cluster in seconds and create byte-level clones of throwaway dev and staging environments, which makes testing and validation up to 7 times faster, that’s weeks to days, and in some cases days to hours. Platform.sh can provide 99.99% SLAs thanks to their 24/7 follow-the-sun support combined with a unique, triple-redundant architecture that’s based on a high density grid of Linux micro-containers. Headquartered in Paris, France, with employees across five continents, the company serves thousands of clients worldwide, including Vivienne Westwood, The Canadian Football League, The British Council, Flixbus, and El Universo.

Open Social empowers people by providing an open-source platform to build online communities of like minded individuals. Replacing traditional intranets, it fuels bottom-up innovation within organizations. Prominent NGO and (semi-)governmental organizations are building strong business cases with the help of our software.

Open Social is offered in three versions: a free distribution, a fully maintained software-as-a-service solution and an enterprise edition. Hosted in the cloud in either the USA or the EU, it’s quick easy to setup, secure and flexible to integrate with existing infrastructure of our customers.

Open Social is built with ‘Drupal 8’, a web technology for creating ambitious digital experiences which has more than a hundred thousand active contributors worldwide. The project is developed by a core team of eight people and is funded by GoalGorilla, a leading Drupal agency from The Netherlands. We are based in tech-hub TQ in Amsterdam and in Twente, both of which are part of the Dutch StartupDelta; Europe’s largest startup ecosystem.

Audience vs Community | Part 1: What Makes the Difference?

How to Boost Community Engagement in 8 Steps?

Available as a Native App

Share your thoughts on Proud to Announce Our Partnership with Platform.sh